Chasing a clay target 4.3” wide and 1.1” tall traveling away at 42 mph is not for everyone, but the De Smet High School Clay Target Team seems to have fun and is good at busting clays.

Finishing out the regular season, the De Smet team placed second in Class 1A Conference 4 with Winner-Colome placing first, and third place going to Hot Springs.

The final rounds shot by Benthin to finish up his high school career were an incredible two consecutive rounds of 25 clays totaling 50 straight, a new team record and his personal best.

On Sat., June 12 in Aberdeen, under clear skies with 90-degree temperatures and a light crossing breeze out of the west, the 2021 State Tournament of the South Dakota State High School Clay Target League for Class 1A was held.

The league’s Class 2A competed on Sunday, with 12 other South Dakota high schools. The tournament encompassed Trap, Skeet, Sporting Clays and 5-Stand.

In the Junior Varsity High Gun male category, the De Smet team did very well with River Hornig scoring a 92/100 and finishing overall in a 3-way tie for 3rd place along with Ryan Evans from Belle Fourche and Alex Pudwill from Warner. On a reverse run scoring 11 in male category, Hornig ended up tied for 4th with Pudwill.

Chauncey Driscoll scored 73/100 in an 8-way tie at 60th with Noah Manke from Winner-Colome, Isaac Wiley from Webster, Brayden Ziegler from Tripp-Delmont-Armour, Talen Haar from Herreid, Blaine Simantel from Scotland, Tyson Dartt from Wall and Leo Wynia from Hot Springs.

Tanner Tolzin scored 72/100 in a 2-way tie at 68th with Jacob Lee from Warner. Maxxon Kees scored 67/100 in a 4-way tie at 83rd with Kyle Lewis of Aberdeen Central, Drew Chester from Garretson and Owyn Geigle from Wall. Jackson Tolzin shot 55/100 and tied for 106th along with Shane Henderson of Bowdle. Blake Jennings scored 50/100 to earn 108th place.

The team would like to recognize and thank the many supporters and members of the community who have helped with this program during the Spring 2021 season. The Prairie Lakes Pheasant Club, Lake Preston, donated all the team members’ individual fees for registration and participation.

Bill Engels and Alan Hildebrandt donated shells to the team, which assisted with the current lack of availability nationwide.

Thank you to Rick and Barbara Sachen, Jared Tolzin, Murray Wilkins and Darby Fast who coach.

A special thanks to Murray Wilkins who provides the trap range at Stump Field for the team to practice and compete.

There have been innumerable supporters in the past few years who wish to be anonymous, or are not mentioned, whom we also thank.

This concluded the 5th season of the team since 2018 (Spring 2018, 2019, 2021 and Fall 2019, 2020 in addition to the cancellation of Spring 2020 Season due to COVID). The team used over 14,000 clays and shells during this season, which led to great improvement in the sport for all team members. Many are also now looking forward to a successful fall upland bird and waterfowl season.

Safety, fun and marksmanship remain the league and team’s standard. 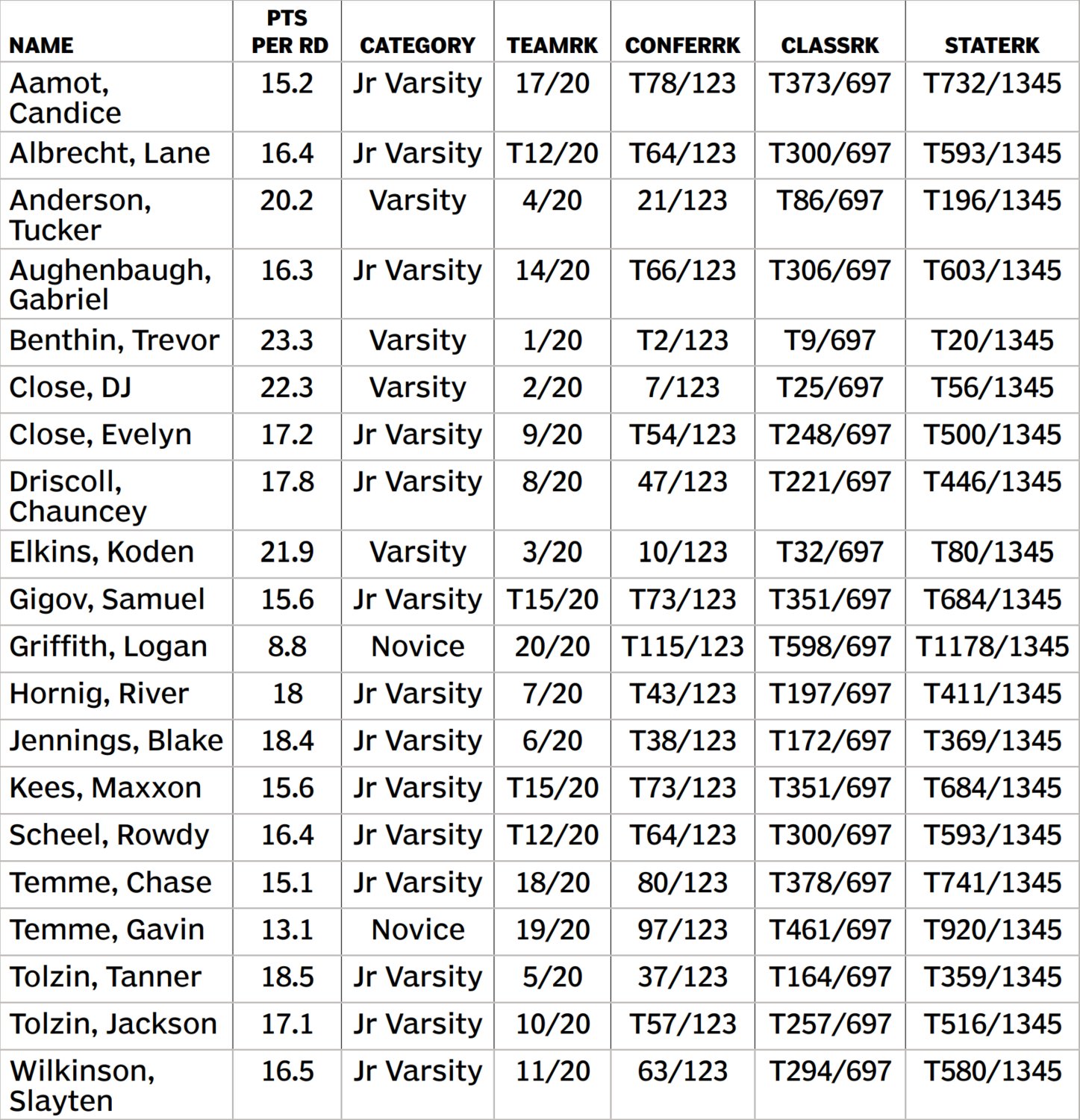 Other items that may interest you